Skip to content
The field of Artificial Intelligence (AI) is fast growing and discovering a lot of new applications in recently. Artificial Intelligence advancements in this Fourth Industrial Revolution period have resulted in AI capable of developing innovative and inventive inventions. The question arise how these AI-generated inventions are patentable, official under present patent law of other countries.
The European Patent Office (EPO) Legal Board of Appeal had announced its decision to dismiss the appeal in dispute case (J8/20 and J9/20) December 2021. Confirming the EPO’s Receiving Section decisions that rejected two patent applications in which an artificial intelligence (AI) system was designated as the inventor. The agency denied it because a machine cannot transfer patent rights 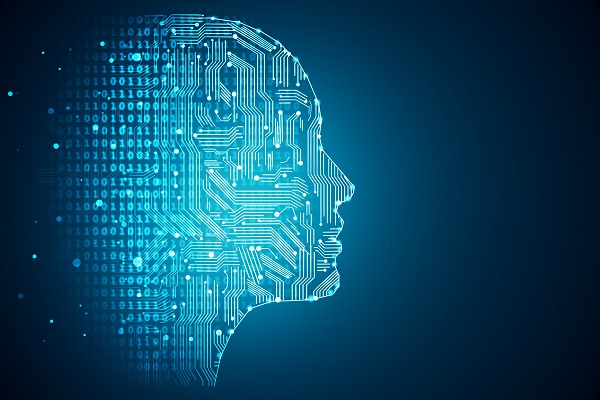 In 2018, Mr. Stephen Thaler filed two patent applications number EP 18 275 163 and EP 8 275 174, the first application relating to a container for beverages with a fractal shape, the second to a device for attracting attention by means of special signal sequences. In both applications, Mr. Thaler indicated, as the inventor, a machine called “DABUS” (“Device for the Autonomous Bootstrapping of Unified Sentience”) which, according to the applicant, is a type of connectionist AI from which he had acquired the right to the patent as its successor in title. From this event, Mr Thaler had several global legal disputes and get same results “deny”.

Mr. Thaler explained to the EPO that the inventions had been created entirely and autonomously by the machine, so DABUS should be recognized as the inventor and he (the applicant) – as the owner of the machine – was an assignee of any intellectual property rights created by it.
The Receiving Section decided to consolidate the proceedings for the two patent applications, as the underlying facts concerning the designation of inventor were identical in both cases.
In its decisions of 27 January 2020, the EPO’s Receiving Section rejected both patent applications, after reaching the conclusion that the proper interpretation of the European Patent Convention (EPC) leads to the conclusion that the inventor designated in a patent application must be a natural person (human).
According to Article 81 EPC, The EPO also pointed out that European patent applications must either designate the inventor or contain a statement indicating the origin of the invention. In the latter case, Rule 19 (1) EPC prescribes that such designation must contain the family name, given names and address of the inventor.

The Office considered that only a human being could be an inventor within the meaning of the EPC. The fact that Mr. Thaler had given a name to the machine (DABUS) did not meet the abovementioned formal requirements of Article 81 – second sentence – and Rule 19(1) EPC. The EPO stressed that the designation of the inventor is mandatory because of its legal consequences, namely, to safeguard the status of inventor by giving him or her various rights. Of course, a machine without legal capacity cannot exercise such inventor’s rights.

Thaler had also requested that the inventor part be kept blank, with the human who invented DABUS named as the patent owner. The Office also rejected Mr. Thaler’s alternative line of argument, namely that he should be recognized as the successor in title, since pursuant to Article 60(1) EPC the right to a European patent belongs to the inventor or his successor in title.

The EPO considered that AI systems or machines cannot be employed or hold any rights that can be transferred or assigned to a successor in title. So that, the argument of being the owner of DABUS could not be considered as a statement on how Mr. Thaler obtained the rights to the invention.

The EPO’s Legal Board of Appeal announced its decision to dismiss the appeal of these cases in a Press Communiqué published on 21 December 2021, confirming the Receiving Section decisions of 27 January 2020.

At the end of the oral proceedings, the Legal Board of Appeal announced in voce its final decision to dismiss the appeal in both cases and gave the following conclusions as the underlying reasons therefor:

In addition, the Legal Board of Appeal also refused Mr. Thaler’s request to refer the case to the Enlarged Board of Appeal, as the Legal Board did not consider it necessary, despite the novelty of the issue at stake and the global attention on the matter. Thaler has also had patents naming DABUS as an inventor denied in Europe, the United Kingdom, Australia, Germany and the United States.

This decision is final, with Mr. Thaler having no possibility of appealing it further. But vice versa, The South African IP Office (the Companies and Intellectual Property Commission) granted Thaler’s application. Sources:
Categories
New post