It has been expected for years, and now the Unified Patent Court (UPC) is probably coming in 2022: The last phase of the construction of the UPC, the so-called PAP, came into force on 19 January 2022. So to say, the UPC is “born”, now it has to become grown up.

This will be different with the UPC: the European unitary patent will have scope exclusively in the states of the European Union and – analogous to trademark and design law – will offer uniform protection within this scope. Of course, national jurisdiction in the field of patent law must ultimately be subordinated to the UPC jurisdiction.

For this reason, there were long delays in various EU countries, especially in the UK (then still an EU member) and also in Germany. Finally, in September 2021, Germany ratified the Protocol on the Provisional Application of the Agreement on a Unified Patent Court (PAP). The UK, however, decided in 2020 that it did not want to participate in the UPC. 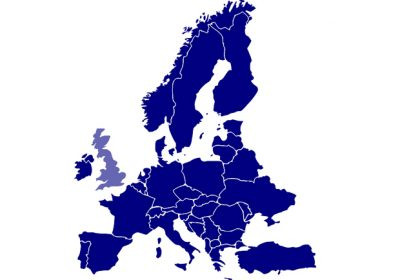 PAP – building phase of the UPC

This was made possible by Austria depositing the instrument of ratification of the Protocol on Provisional Application of the UPC Agreement on 18 January 2022. This is because, according to the statute, 13 EU states must ratify the PAP in order for it to enter into force. Austria was the first Member State to ratify the UPC Agreement (Germany, for example, has not yet done so) and now it is the decisive 13th Union state so that the final phase on the UPC could really start.

Now it is time for the real design of the UPC: with the entry into force of the PAP Protocol, the legal capacity of the European Unified Patent Court will be established, furthermore, the governing bodies of the court will be composed and also the judges will be selected for the UPC.

It is expected that the PAP will last at least eight months. Once all organs and judgeships of the UPC are in place and functioning, all EU states participating in the UPC must ratify the UPC Agreement at the latest. The UPC will then really enter into force, as it looks, probably in autumn 2022.