There were 188,600 European patent applications filed last year, an annual increase of 4.5%, according to figures published by the European Patent Office (EPO) on April 5. Despite the impact of the pandemic, applications increased to a record level following a slight decline in 2020.

According to EPO (European Patent Office) statistic, Samsung ranked at second among other corporrate applicants in 2021 with a total of 3,439 pantent applications. Another giant Korean tech company LG ranked at third the same as in 2020 with strong consumer electronics background and shared market, LG filled 2,422 patent applications in 2021. 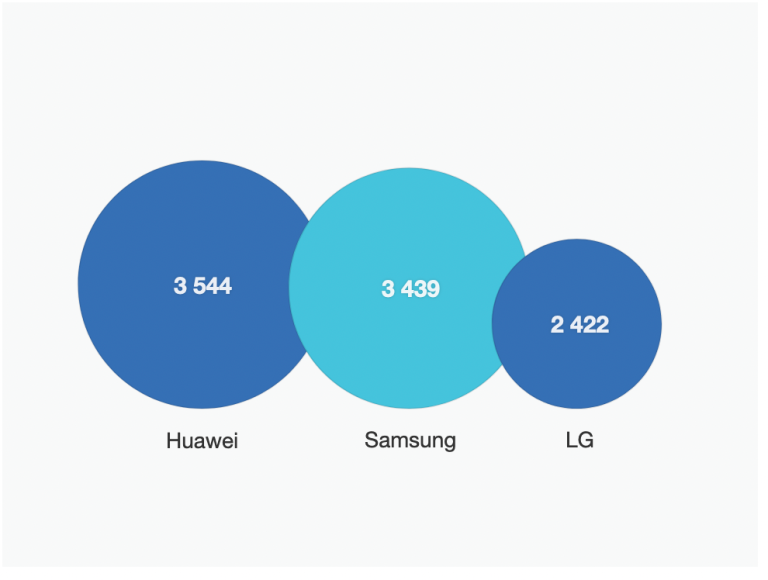 Applications in most technology fields increased in 2021. The biggest increases were in micro-structural and nanotechnology (up 27% from 115 to 146), audio-visual technology (up 24%) and semiconductors (up 21%).

Samsung filed 57 percent more patent in semiconductor technology compared to a year earlier. Semiconductor tech related applications made up 13 percent of its total patent filings made with the EPO last year, way above around 3 percent of other global players including Intel and TSMC.

Korea’s most patent-active field was digital communication with patent filing growing 8.4 percent in a year. Korean firms’ patent filing in the field of electronic machinery, apparatus, and energy fell 4 percent on year, to move down a notch as the second most active area. Korea’s semiconductor related patent application jumped 36.2 percent on year. The county accounted for 18 percent of semiconductor patent application in Europe last year, sharply up from 12 percent in 2017.